Donate to No Kid Hungry here: This is how I make chicken noodle soup. Sometimes. Someimes I make it another way. Here’s a very brief recipe: For the broth: 2 pounds chicken carcasses or boney bits (such as wings, backs, or necks) 1 large chicken leg (or two if you want extra meat for another use) 1 large carrot, roughly chopped 1 onion roughly chopped A couple stalks of celery, roughly other aromatics, as desired, such as black peppercorns, bay leaves, parsley stems, thyme, rosemary, or garlic For the Soup: 1 carrot, peeled and diced into bite-sized pieces 2 stalks celery, cut into bite-sized pieces 1/2 an onion, thinly sliced ​​4 ounces dry pasta of your choice Chopped fresh herbs such as parsley or dill, to garnish Kosher salt and freshly ground black pepper 1. For the broth: Combine all broth ingredients in a large saucepan and cover with cold water by a couple inches. Bring to a boil over high heat, reduce to a bare simmer, and cook, skimming scum and foam from the broth occasionally with a ladle, until the legs are completely tender, 1 to 1 1/2 hours. Remove leg and set aside to cool. Strain broth into a new pot and discard the solids. 2. For the Soup: When the chicken is cool enough to handle, remove it from the bone and shred or chop into bite-sized pieces. Add shredded chicken, carrots, celery, onion, and pasta to the soup. Simmer, stirring occasionally, until the pasta is as cooked as you like it, 10 to 15 minutes. Stir in the herbs, then season to taste with salt and pepper. 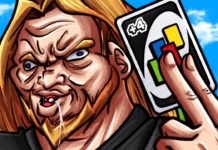 memes that will make you RAGE 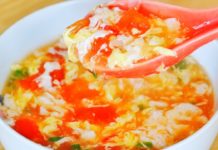 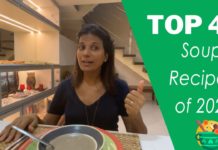 My Recipes -
203
50
Categories
The latest recipes