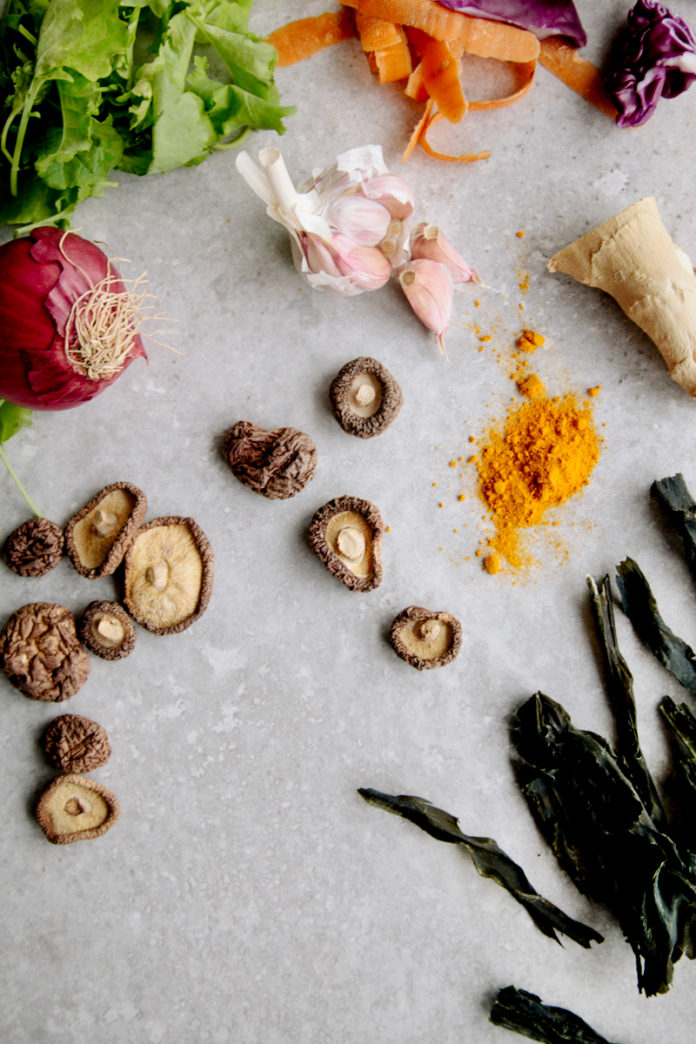 You might have seen a lot and heard a lot about Bone Broth and its “gut healing” properties in the news and media, as it seems to be a health trend at the moment.

So I decided to look into what exactly it is about bone broth is apparently so fascinating… and was very underwhelmed.

I’m not a health expert and this article is simply a pool of resources I have combined. Always do your own research.

But if you’ve been brainwashed into thinking bone broth is somehow crucial for good health, I’d like to provide my thoughts as well as an alternative recipe…

Bone Broth is Nothing Special

Turns out, the most beneficial nutrients and electrolytes in bone broth can be found in vegan-friendly sources and the one thing that sets itself apart, the thing that is impossible for vegans to find a veggie replacement for is the collagen.

Collagen? I’ll make my own, thanks

Our bodies can’t even digest collagen whole. We simply absorb the nutrients from our food which provides our bodies with the building blocks it needs to naturally create collagen, if and when it needs it.

There is no evidence that there is an advantage to consuming these amino acids and minerals from bone broth over other foods.

Eating collagen does not equal having more collagen. As put in this article from TIME magazine, “Just as the dietary fat you swallow doesn’t directly translate to body fat, swallowing collagen doesn’t become collagen in or between your bones.”

And as for it being healing for the stomach lining, particularly from the gelatin, there are some great plant-based alternatives for that too. Particularly fermented foods.

There are many other foods that have been shown to contribute towards healing the stomach lining and digestive tract, such as seaweed, aloe vera, healthy fats and turmeric.

Obviously, all the calcium, potassium and other minerals found in bone broth are more than easy to find in plant-based foods plus they contain much, much more goodness. Not to mention you’ll be avoiding lead and other harmful heavy metals.

So the animal product-reliant parts are not necessary and are over-hyped. It’s all in aid of making what our bodies already naturally produce and plant-sourced vitamins and minerals are the best option to actually help it do that.

A Plant-Based Option Works The Same (If Not Better)

So now we’ve established that the bones in this healing broth are not only unnecessary but also not as nutritious as plant-based sources, it seems pretty clear that using a bunch of wholesome plant-based ingredients is going to be healing. And way more appealing, too.

Drinking broth has been a go-to, for centuries, as a healing food for when we’re sick. This study suggests that it’s more the effect of hot liquid that is beneficial, and not necessarily the minerals or nutrients in the liquid.

The bottom line though is that we shouldn’t be relying on a broth to “heal” our guts! Because that’s silly.

My version contains lot’s of nutritional goodness that is great for overall health but particularly focuses on plenty of gut-healing properties. Feel free to switch up, leave out or add in any ingredients you like, to suit your diet and taste.

The main stars are:

I was worried the seaweed might be overwhelming, as I don’t like sea flavours, but it wasn’t really noticeable and the little bit that was noticeable was actually delicious.

It paired wonderfully with the mushrooms, ginger, chilli and coconut aminos for an Asian-style flavour. SO good and wonderfully comforting.

Do I have to strain the vegetables?

No. I created a broth so it would be completely gentle on the stomach, since a lot of people trying this are experiencing gut issues. However, keeping the vegetables in the broth or blending it will make a delicious soup, if you prefer.

Do you have nutritional information for this broth?

It is too difficult to try and calculate the nutritional information for broths as the amount of nutrients are too variable. Adding all the ingredients won’t work because the vegetables are strained and therefore difficult to tell how much of the nutrients remain in the broth.

If you want to know for dieting purposes, I can tell you it’s very low calorie and the only fat is the small amount of oil that is optional to include. To add it to your food diary, I would just input it as “vegetable broth” with a small amount of oil. It is likely to be under 50 calories.

How long does the broth keep for? Can it be frozen?

Once made, allow to cool slightly and keep in the fridge for 3-4 days. You can also freeze it. I recommend pouring it into an ice cube tray to freeze as it makes it easier to defrost and is handy for small amounts of stock needed for soups, risottos and stews.

*Coconut aminos can be very salty, depending on what brand you use so taste before adding any additional salt.

As an Amazon Associate and member of other affiliate programs, I earn from qualifying purchases.

Did you make this recipe?

The risk of lead contamination in bone broth diets

Drinking Bone Broth – Is it Beneficial or Just a Fad?

Science Can’t Explain Why Everyone is Drinking Bone Broth 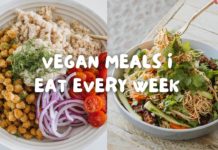 5 VEGAN RECIPES I am LOVING every week! 🥑🍜 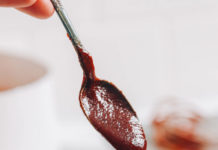 My Recipes -
190
50
Categories
The latest recipes