How to Shop the Meat Department of Your Grocery Store:

Healthiest and Worst Canned Fish – Buy THIS not THAT:

All right, it’s time to go pick up some healthy snacks at Walmart. Now we’re going to go kind of the traditional keto route here, but what I’m going to do is I’m going to grab maybe seven, eight snacks that I think are just ideal when it comes down to keto at Walmart.

I know it’s a little bit windy so hopefully you can hear me okay. The interesting thing is Walmart’s done a really good job with keto friendly and just low carb options, surprisingly. So a lot of the things here are trap foods though. So we need to break down the ingredients and help you pick out different snack foods in different sections.

So let’s head on in. We have been kicked out of Walmart before, so hopefully it doesn’t happen this time. We’re going to try to keep it discreet and just very positive and helpful. We’ll you see inside.

Okay. Some of the things you want to look at when you’re looking at almonds in particular at Walmart. Okay, look at this. We’ve got, actually I’ll show you over here. We’ve got almonds. Then we’ve got vegetable oil, almond, canola, and/or safflower oil.

So what’s also interesting is whenever they say canola and/or safflower oil, it really upsets me because what does that tell you? It tells you that they don’t even really know. They don’t have a clear line of delineation of what’s in there.

The bang for the buck. Great value. Straight up, just raw almonds here. But even if you go for the roasted ones. Let’s see, so almonds, vegetable oil, almond, canola and/or safflower. So normally I would say go for the roasted because it breaks down the phytic acids so that you actually get more absorption of the minerals.

What phytic acid is, is phytic acid is something that is in these almonds that makes it so that it chelates excess minerals within your gut. So chelating of minerals in your gut means that all the iron, the magnesium, the good minerals you’re getting from the almonds end up getting excreted out of the body because they’re chelated because of something called phytic acid.

If you’ve ever looked at like animal droppings, you see that the lot of times there’s nuts and seeds in the animal droppings. That’s simply because the phytic acid has it so it doesn’t break down.

You’re not going to consume as much. They’re going to slow you down a little bit unless you go with the no shell version, which you can end up eating a ton of. But in that case, look at the carbohydrate content of macadamia nuts. Four grams. Okay.

Versus eight, double the carbohydrate content, okay? We’re looking at a lot more carbohydrates in the pistachios. So we’re going to go with these. These make the cut. And they’re simple, easy snack size.

All right. So when it comes down to just quick snack haul, we’re not looking at much. But I have pretty high standards, so we kept this really clean and quite honestly not the cheapest. But at least now you know some of the things to avoid, some of the common pitfalls that people will make where they’re just running in for a quick snack haul.

Now this is something, again, you’re on the road, you see a Walmart. Yeah. This isn’t like kind of stuff you’re going to load up your house with. It’s the kind of thing that I would do if I was like, I’m craving some snacks. I don’t want to break keto. 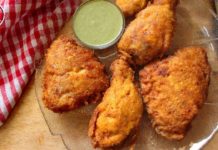 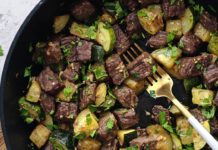 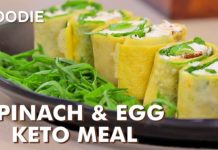 My Recipes -
357
50
Categories
The latest recipes