This recipe has quickly become my favourite vegan dish. Glass noodles cooked in a clay pot (which you don’t really need) in an umami-loaded sauce, lots of ginger, and topped with mushrooms and veggies, or really, anything you want to top it with.

Every October, many people in Thailand celebrate “Jay festival” or “Nine Emperor Gods Festival” where people eat a vegan diet for 10 days. So I thought now is a good time to share a vegan dish in case anyone is celebrating that! (Though if you were to make it officially “jay” you would omit the garlic too).

Special thanks to Pine Brand Glass Noodles for sponsoring this video!

Pailin “Pai” Chongchitnant is the author of the Hot Thai Kitchen cookbook, co-host of a Canadian TV series One World Kitchen on Gusto TV, and creator and host of the YouTube channel Pailin’s Kitchen.

Pai was born and raised in southern Thailand where she spent much of her “playtime” in the kitchen. She traveled to Canada to study Nutritional Sciences at the University of British Columbia, and was later trained as a chef at Le Cordon Bleu culinary school in San Francisco.

After working in both Western and Thai professional kitchens, she decided that her passion really lies in educating and empowering others to cook at home via YouTube videos, her cookbook, and cooking classes. She currently lives in Vancouver, and goes to Thailand every year to visit her family. Visit her at 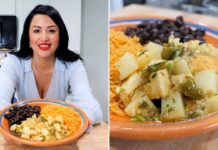 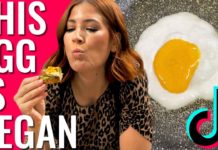 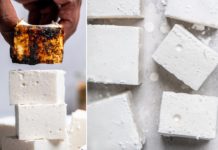 The Most Perfect Vegan Marshmallows from Scratch

My Recipes -
464
50
Categories
The latest recipes