Thanks all for sponsoring! Click here for 20% off the sofa of your choice! We chose the whiskey leather three-seater with chaise. This is not a recipe. Here’s some general guidance for making a chicken soup: Buy a whole chicken and a roughly equal quantity of vegetables (by raw weight). Any vegetables are fine but definitely get some form of onion in there. Dry noodles or any other dry grains are nice, but you won’t need much because of how much they expand during cooking. Get whatever spices you want, but turmeric makes chicken soup look especially pretty. Maybe buy fresh herbs for garnish, and/or a little lemon to squeeze in. Put your chicken in a big pot, along with any giblets that came with it. If you have any old aromatic vegetables (onions, carrots, celery, etc) hanging around that aren’t super good anymore, you could throw those in but I wouldn’t waste good fresh veggies on this step. Cover with water, bring to a boil, reduce to a simmer, and cook until the chicken is fall-apart tender, 1-2 hours. While you’re waiting, cut up all your vegetables. Remember they’ll shrink when cooking, so cut the chunks a little larger than how you want them. Pull the chicken out and let it cool. Fish or strain out any remaining inedible solids. Dump in the vegetables along with a couple pinches of salt (be conservative — you can add more to taste later) and simmer until they’re soft, 30-60 minutes. If you need to add more water to keep everything submerged, that’s fine, but keep in mind that veg will release a lot of water as it cooks. You can always add more later. If you’re using dry noodles or rice or some such, throw that in when you’re about 30 minutes from the end. Put in less than you think you’ll want — it’ll expand 2-3x as it cooks. While you’re waiting, pick all the meat off of the chicken — using your fingers will allow you to feel for any bones, cartilage or slimy bits you don’t want to eat. (If you want, you can brown all these scraps in the oven and then simmer them for a second stock you can use later.) Roughly chop through your pile of picked meat so that you won’t have any super-long strings of shredded. chicken in the final soup. Put the meat back into the soup before you taste for seasoning. Taste for seasoning. Add salt and any spices you like to taste. You could also stir in some fresh herbs and maybe a little lemon juice (or vinegar) to taste, or you could let people do that in their individual bowls. 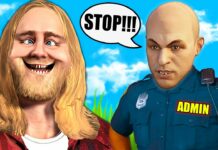 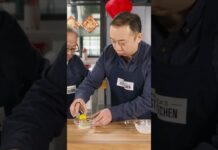 How to Make Egg Ribbons in Chinese Soups #Shorts 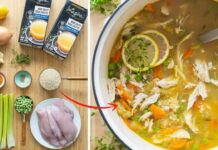 The most delicious chicken soup!

My Recipes -
98
50
Categories
The latest recipes