I don’t throw around the term “best” very often, but this tortilla is honestly the best keto tortilla I’ve ever tasted.

Ever since making my “dirty keto” corn tortilla recipe several months ago, I’ve been on a mission to make a tortilla that is quicker, easier, and less expensive to make. It took a while, but after a bit of inspiration from Vernaz and her YouTube channel, I found that paneer (Indian cheese) was the magic ingredient.

I use a variation of this dough (which I have named “Pan Head” for “paneer” and “Fat Head”) in my highly customize-able keto cracker recipe. I foresee a lot of keto people using this going forward.

🏪 Serious Keto Amazon Store (where you can find the tools and ingredients I use):

👨‍🍳You can contribute to SeriousKeto’s recipe test lab and enjoy some “behind-the-scenes” perks by becoming a channel member:

SeriousKeto is a participant in the Amazon Services LLC Associates Program, an affiliate advertising program designed to provide a means for sites to earn advertising fees by advertising and linking to Amazon. As an Amazon Associate I earn from qualifying purchases. 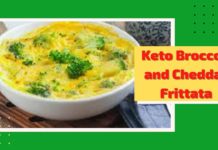 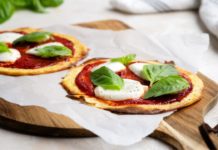 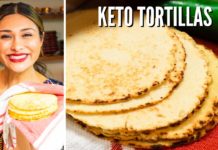 My Recipes -
117
50
Categories
The latest recipes